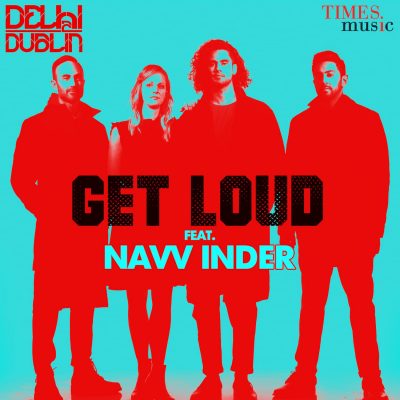 Delhi 2 Dublin met Navv two years ago when they were touring in India, specifically Punjab. They were playing a show at a club in Chandigarh and had been listening to Navv’s smash hit ‘Wakhra Swag’ play 3-5 times a night in this and every other club, plus every rickshaw all over the country for weeks. They had heard he was in the same city and reached out to their label to connect them. They linked up at his producer’s home studio, drank some chai, enjoyed some of Punjab’s finest, and listened to tunes. The connection was immediate – brothers from another mother. They tracked some stuff, Whatsapped and brainstormed for a few months – and then when the band sent him over the track ‘Get Loud’, he jumped on the chance to get involved. Everything happened via the internet – Tarun in his recording session via skype to get the final vocals. This is an internet bromance come to fruition through the track – Get Loud.